The Eucharist in the Life of Arnold Janssen 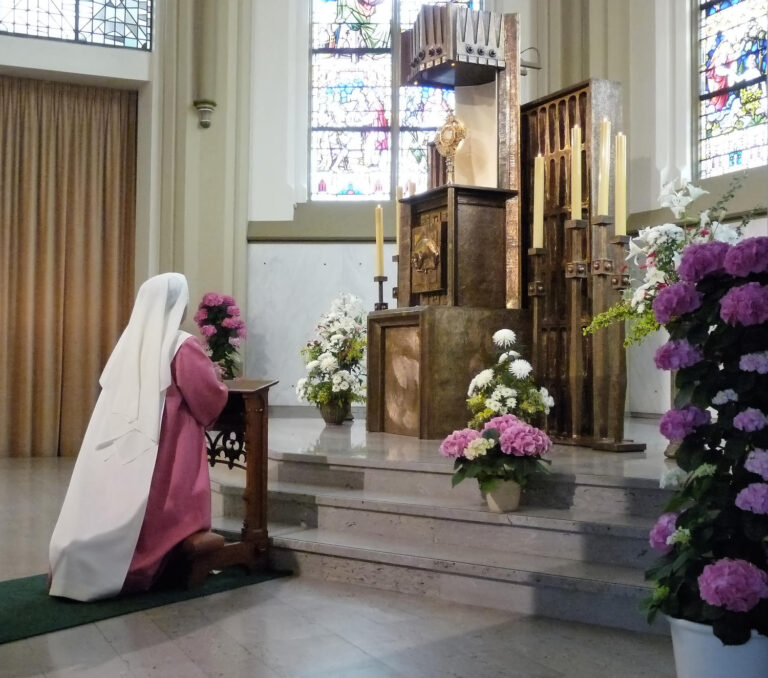 PrevDevotion to the Blessed Trinity
Man of Prayer and Traveling Apostle, Promoter of the Apostleship of PrayerNext

St. Arnold had a great love for the Eucharist, a legacy from his parents. Arnold’s mother had a great love of prayer and especially of the holy Eucharist. During the “Forty Hours Exposition” she remained there praying almost the whole day. On Sundays she arrived at the church around 4:30 in the morning so as to attend the first and all following Masses. Even on weekdays she was able to arrange her work in such a way that she was always able to attend a Mass. She was convinced that without the blessing of the Eucharist she would not be able to finish her work. Her example, as well as that of his deeply religious father, made a strong impression on the young Arnold.

When he was eleven he received his First Holy Communion. He considered it a great grace, for which he prepared himself well, as was the custom at the time, by learning the whole catechism by heart. Nothing is said about Arnold’s spiritual experience on the day of his first communion. He said very little about his religious feelings and inner experiences. Two letters, however, written eight years later to his younger brother Peter for his first communion, give us some idea of what that event may have meant to Arnold. They bear witness to his deep feeling about the real presence of Jesus in the Eucharist, which we also see in his later life.

“I was filled with joy at the news that this year you will really have the happiness, the incomprehensibly great good fortune, to approach the table of the Lord, to share in food that is the desire of the angels. Oh if only you could recognize what it means to receive the Body of the Lord! Do you really know who it is, whom you will receive? It is the King of heaven and earth, the Lord of eternity, … the Mighty One who rules the earth according to his will… Prepare your heart already… Pour out your heart before him; recommend to him your joys and sorrows… You will never regret it as I now regret having done so little to prepare.”

“The most beautiful and happy day of your life has finally come; the day to which even the hearts of grey haired priests think back with longing, and the memory of which constantly fills them with silent joy. Oh brother, let me congratulate you a thousand times! You are now the sanctuary of the Lord, his inheritance and his love.”

We sense here something of the heartbeat of Arnold’s own life. He was gripped by the mystery of the incarnate God whose presence caused his heart to tremble in holy awe, God who allowed him to taste his love. With all his spiritual might, Arnold wanted to respond to that incomprehensible love and to avoid everything that could separate him from it.

A few years later we encounter the same love and reverence in Arnold’s letter to his mother, shortly before his ordination:

“It is still dark as I sit here alone in my little room. The candle is still burning and before me hangs a picture of Christ. My soul is silent, very silent. The sound of a church bell from somewhere near or far off is reaching my ears through the darkness. It is calling the faithful to rise from sleep and go to church where the most holy sacrifice is offered to God. I have a wonderful feeling. I’m thinking, soon you, too, will approach the holy altar, stand there in the place of Christ and celebrate the holy mysteries.”

This love and reverence filled Arnold’s heart also in his later years: “Jesus lives in us as God and man at the time of Communion. His divine body touches us and we touch him. But how wonderfully the body of Jesus works! The whole of humanity was redeemed through the suffering and the shedding of the blood of this holy body. And now the holy body of Jesus sanctifies us in Holy Communion.” (Conference, 1894) A poem from his later years (1896) gives us an insight into mystery of Arnold’s love for the presence of Jesus in the Eucharist.

After Holy Communion
O quiet happiness, O blissful fortune! Now he is all mine,
The King, wonderful and great, before whom the heavens bow.
Oh tell me, where is a throne so honored?
That God the Father’s Son wishes to repose there?
Where is a castle in whose hall the King of creation dines?
Where was ever a joyful feast that could praise him as guest and friend?
O inexpressible, highest bliss! – I can find no words;
His loving glance fell on me, he came through my door.
He entered my dwelling that is empty of all ornament,
And gave me of the wine of his love, as if I were of equal dignity. Did ever a prince descend so far from his throne
That he called the poorest of beggars to nestle against his heart?
O highest Son of the King, before whom the world bows down,
My heart, now the throne of your love, marvels in reverence and is silent; It becomes silent before the fire of your love, in holy rapture,
That you my Lord and my God deign to bless it thus.

There is no doubt that Arnold’s Eucharistic devotion was influenced by the theology and religiosity of his time. According to the theology of Matthias Scheeben, which influenced Arnold deeply, the Eucharist was a source of grace. Arnold often emphasized that the Father and the Holy Spirit are present in the Eucharist together with the Divine Word, though not in the same way. Centering his spiritual life on the central mystery of the Christian faith, the Trinity, gave it an inner unity, depth and vitality. Highlighting the Trinitarian dimension of the Eucharist is characteristic of our Founder’s spirituality and shows why it remained so important for him. It was for him not something apart but was deeply rooted in the central mysteries of the Christian faith: the Trinity, the Incarnation, salvation.

In every Eucharist we celebrate the whole mystery of salvation and we exclaim: “We proclaim your death, O Lord; we glorify your resurrection, until you come in glory.” In the celebration of the Eucharist we take part in the Today of the Christian salvific mystery: the Incarnation, Passion, Death, Resurrection and Glorification of Christ and are drawn into that event. St. Arnold looked on the Eucharist as the memorial celebration of the sacrifice of the cross on Calvary, in which Jesus offered himself to the Father as the divine Lamb. He encouraged his confreres to take part in this total giving through their vows in religious life. “In Holy Mass, therefore, we should offer ourselves with the Savior and renew our vows and the total giving of ourselves which they entail, ready to face any suffering.” Thoroughly imbued with his faith in the real presence of Christ in the Eucharist our Founder treasured and loved in a special way adoration of the Blessed Sacrament. In different ways he expressed his deep personal love for the mystery of the permanent presence of the Lord in his church: in conferences, in the prayers he composed to Christ present in the Blessed Sacrament, and especially in his frequent visits, often staying for a longer time before the Blessed Sacrament.

Especially in his younger years he often spent long hours during the night in the chapel.

From the time of founding the Sisters’ Congregation Arnold Janssen had had in mind one congregation with two branches, the Mission Sisters and the Adoration Sisters. He called the latter “missionaries on their knees,” since their special task was to pray for the missions. Hermann Fischer emphasizes how for Arnold all work for God’s kingdom was in the first place definitely a matter of prayer. What Arnold said in his sermon at the opening of the branch of the Adoration Sisters was typical of his deep appreciation for prayer before the exposed Blessed Sacrament: “The cloistered Sisters should sit like Mary at the feet of the Lord, glorify him day and night through the Divine Office, and as soon as their number allows, maintain perpetual adoration of the Blessed Sacrament, praying in this way for the richness of graces for the Church and the Congregation.”

Reflections for the Centennial Year of Arnold Janssen and Joseph Freinademetz “Precious is the Life given for Mission”.

Our call: Response to a Mission Ever New 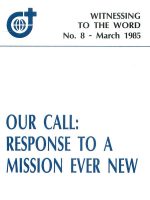 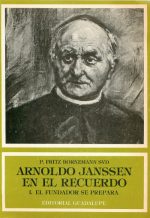 Man From The Mountain 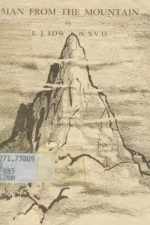 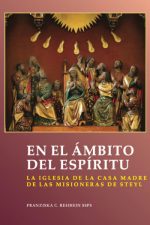 The Arnoldus Family Story, Vol.4, No.1 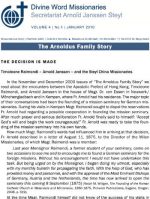