Walking Together with the Migrants and the Refugees

Jesus was born during a trip with his parents to the city of Bethlehem to register for a census ordered by the Roman emperor, Caesar Augustus. As a stranger, there was no place for him to be hosted. After his birth, he needed to take refuge in Egypt since Herod wanted to kill him. Because of these circumstances surrounding the birth of Jesus, we often think about migrants and refugees during the Christmas season.

Currently, we are living in a world in which almost 34,000 people are forcibly displaced every day. An unprecedented 65.3 million people around the world have been forced to leave their homes, and among them are nearly 21.3 million refugees. More than half of these refugees are under the age of 18. During this Advent season, we are invited to deepen our understanding about migrants and refugees and their relation to us as Divine Word Missionaries.

We often talk about “refugees, “but these days it has become very confusing to denote this group of people. If you check the website of the UN High Commission for Refugees (UNHCR), you will find the term “Forcibly displaced people”. This group of about 68.3 million people is categorized into two smaller groups, namely “Refugees” and “Internally Displaced People (IDPs)”. Individuals in both these groups are displaced as a result of armed conflict or persecution. The difference between the two is that refugees cross the border, whereas IDPs flee within the country. Refugees are protected by the 1951 Refugee Convention and other international law, but IDPs are under the protection of the government of their country, even if that government is the reason for their displacement.

The Catholic Church and the Migrants

While paying particular attention to those “Forcibly displaced people”, the Catholic Church also takes special care of another particular group of migrants.They are those who needed to leave their homes not because of armed conflict or persecutions, but for reasons such as natural disasters, in many cases caused by climate change. They are also forcibly displaced because of land grabbing due to mining, mega-farming, etc., as well as destruction of the environment, of- ten caused by land grabbing and erroneous economic and social policies. The Catholic Church recognizes such people as “de facto” refugees, given the involuntary nature of their migration (Ref. “Refugees: A Challenge to Solidarity” no. 4 Pontifical Council for the Pastoral Care of Migrants and Itinerant People, Pontifical Council Cor Unum).

The SVD and the Migrants

When we think about refugees and migrants, it is quite important to remember these two points. First, to establish our society, Fr. Arnold needed to cross the border to the Netherlands because of religious persecution in Germany. The Society of the Divine Word was founded as a “refugee society”! As the SVD expanded its mission in many countries, we have always been working for migrants. It tells us that the current and burning issue of refugees and migrants is nothing new and special for us since it has been our life and mission from our beginnings as a Society. Secondly, as a missionary congregation, we ourselves are both migrants and locals. We should remember that our places of mission are both the sending and destination countries of our missionaries, and as a result our communities are international communities composed of locals and foreign-born priests and Brothers. We must not forget that some of our confreres were once refugees. Also, some of our confreres have entered the SVD as migrants of a particular country. In our daily community life, we SVDs experience the challenges of living in foreign countries and to receiving foreigners. We experience the joys of forming intercultural communities. It is a reliable witness to the current world both at the local and at the international levels, giving hope to both migrants and locals.

Now let us see how the SVD is working for the refugees, IDPs and “de facto” refugees. From here on, these three groups will be referred to as displaced people.

Working for displaced people does not mean that our target group is only the displaced people. It also includes their second or following generations since often they are not legally recognized as refugees, nor given a new nationality. They are only left behind as “stateless,” and they do not exist in this world legally. They also include the returnees and locals in the destination countries and areas.

Type of activities for the displaced people

For those displaced people who are separated from their families and lost everything they had, facing this tough situation in a foreign country for many years, it is very di cult to keep their sense of hope. In such cases, spirituality is important, even fundamental. Regardless of religion, we accompany these people spiritually through prayer, pastoral visits, building friendship, and establishing dialogue.

A good number of SVDs have been working at JRS refugee camps, and we are inviting more confreres. An immediate help can be in the form of hosting refugees at our houses or renting a house for them. In the European Zone, there are about 330 refugees hosted in our houses. We can help the displaced people with basic items, offering a place and opportunity for gathering, giving them basic education, vocational training, medication, teaching the language and local culture, and attending to their children.

Awareness raising and prevention from the sending country or area

Awareness raising and integration in the destination country or area

In the article on the corporal works of mercy in the August 2016 issue of Arnoldus Nota, we are reminded that it is essential that to engage in such activities it must be based on “respect”. What is important is not the “number of refugees” or “what religion they have,” but the life of each one of them. ese displaced people had their life and they lost almost everything struggling to find a tiny glimmer of hope. Our work is to accompany them with respect and to journey with them to seek hope.

Possible collaboration in a variety of ways

Hosting refugees in our houses is usually done in collaboration with the local governments and NGOs such as Caritas or JRS. While we host them and receive them as our neighbours, the local government gives social services such as financial support and medication. In turn, NGOs give further support such as vocational training. In the north-eastern part of South Africa, many years ago, there were many refugees who came from Mozambique and Zimbabwe. Now the current population is already the second or third generation. These displaced people are still living in a terribly dangerous environment. Some villages are located near the SVD parish, and the youth group of the parish visits these villages to distribute used clothes and to play with the kids.

In our recently started mission in Liberia, there is a huge camp of refugees from Ivory Coast located in our parish territory. There are some organizations working there and the SVDs do pastoral visits. There are many different situations for both the displaced peoples and the locals, so our approach is different from one group to the next but always in collaboration with others.

Pope Francis, in his message for the World Day of Migrants and Refugees 2017, says: “I wish to address a word to you, who walk alongside migrant children and young people: they need your precious help. The Church too needs you and supports you in the generous service you offer. Do not tire of courageously living the Gospel, which calls you to recognize and welcome the Lord Jesus among the smallest and most vulnerable.” Let us continue to accompany the dis- placed people since we too belong to a Society with some members who are migrants themselves. Our beginning as a refugee congregation encourages us to put displaced people as an important and relevant part of our mission. May the blessing of the infant Jesus strengthen and lead us all. 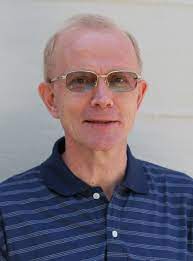 Father Heinz KULÜKE, SVD, was born in Germany in 1956. Since 1981 he has served as a missionary in the Philippines. He was a professor at the University of San Carlos in the Pastoral discipline and Development Work from 1986 to 2012. He is known for his missionary presence and his support for the people who work with recycling in the garbage dumps of Cebu. He was provincial from 2005 to 2012 and superior general of the SVD from 2012 to 2018.