St. Arnold Janssen was a man of many devotions, and one of those he invoked most in times of financial difficulties was St. Joseph, the chaste spouse of the Virgin Mary. As the foster father of Jesus, he always obeyed God’s will, caring for his family with great responsibility and working with his hands so that they would lack nothing. For Fr. Arnold, St. Joseph was a heavenly father, provider, and protector of the mission house in Steyl and the subsequent foundations.

One of the Sisters of Providence (who worked in the kitchen in the beginning) once asked Fr. Arnold, “Where do you get all the money you need?” He replied, “St. Joseph always sends me everything I need.” It was a generous donation attributed by Fr. Arnold to St. Joseph’s intervention that made it possible to buy the land and house in Steyl. Every time Fr. Arnold began a new building project, he would ask for the help of his heavenly treasurer through long prayers.

When the left wing of the Mission House in Steyl was under construction, Fr. Arnold found himself in financial strain to pay the workers. After two hours on his knees praying at the statue of St. Joseph, an unexpected donation came, and the problem was solved. Clerical students assiduously visited that statue of St. Joseph at exam time. They used to put their books in the hands of the saint. So much was their devotion to the statue of St. Joseph that it was taken to their dining room. Fr. Arnold incorporated St. Joseph into the daily prayers and devotions of the community, especially on Wednesdays and during the month of March. We all still pray: “Saints Joseph, Joachim, and Anne, pray for the ministers of the Gospel.”

St. Joseph, from the beginning, was considered one of the patrons of the Mission House. Numerous foundations and printing presses in the mission countries bear his name. Fr. Arnold saw in St. Joseph the natural patron of the SVD Brothers. Therefore, he chose his feast day, March 19, for the novices to be invested and pronounce their vows. The humble carpenter, the husband of the Virgin Mary, a man of great faith and prayer, lived the three vows faithfully that all religious profess: poverty, chastity, and obedience, placing himself entirely in the hands of God to do his will.

In this regard, it is worth mentioning that the Brothers professed religious vows before the clerics in the incipient congregation. On the other hand, it should be remembered that the Brothers performed manual or technical work. A more significant number of them worked in the printing press, the workshops, the kitchen, the fields, and services such as gardening, cleaning, porters, mailing, selling Steyl’s publications, etc.

Thus, the Brothers identified themselves without difficulty with the carpenter of Nazareth, the foster father of the Incarnate Word. Fr. Arnold wanted the Brothers to resemble St. Joseph. He invited them to pray daily to their patron saint. For St. Arnold, the Brothers needed to be men of prayer, diligent in their work, and above all humble. Humility was a virtue dear to St. Arnold, who practiced it in his own life.

After the Second Vatican Council, the understanding of the Brother has changed. He is no longer considered an assistant to the priest but as a good missionary who collaborates on equal terms with his confrere priests, having the same rights and obligations. Despite these advances in the Brothers’ rights and obligations and the tendency towards the professionalization of their services, we observe a pronounced decline of the Brother vocation in all mixed orders or congregations. This begs the question of why young people are not attracted to the Brother vocation.

The answer is complicated, but undoubtedly issues such as the lack of knowledge of the Brother vocation, the secularization of society in certain regions, the social and economic expectations of young people’s families, and the clericalism present in some confreres and also in the laity are involved. In this month of March, I invite you to pray to St. Joseph and ask him to help us to acquire his virtues and to revitalize our religious life and our community life. You ask him to urge us with determination to commit ourselves to the pressing realities of the people we accompany; and, finally, to arouse in generous young people the desire to be SVD religious missionaries, whether priests or Brothers.

Brother Carlos hails from Santiago, Chile. He professed his perpetual vows on April 25, 2014. His first mission assignment was to the Philippines. He worked in the formation center in Davao. He had pastoral experiences in Loreto, Agusan del Sur and Holy Name University in Tagbilaran. Prior to his appointment to Rome, he belonged to the St. Joseph Freinademetz Formation House in Cebu City. In 2020, Br. Carlos has been appointed the Generalate Coordinator for Justice, Peace and the Integrity of Creation and kept his duties as the Generalate assistant for Brothers Formation. 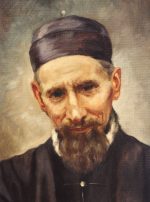 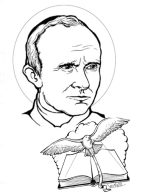 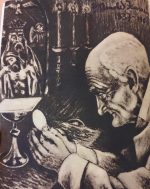 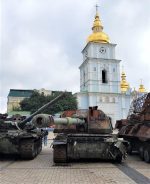