Arnold Janssen: Father and Leader of the Missions he Founded. Excerpts from Correspondents with his First Missionaries 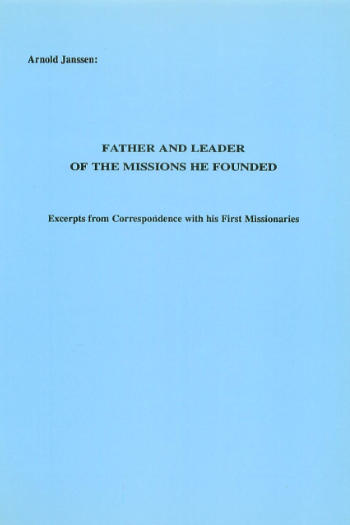 PrevLetters of Arnold Janssen, SVD to the U.S.A.
Letters and Greetings to the Sisters – Mother Josepha Hendrina Stenmanns Co-Foundress of the Mission Congregation of the Servants of the Holy Spirit 1852-1903Next
Available in .pdf
Read

Excerpts from the correspondence of our Founder Arnold Janssen with his first missionaries have been compiled and translated by Sr. Jacqueline Mulberge, SSpS.

Arnold Janssen is often portrayed, among other things, as a strict, autocratic leader, a man who limited every aspect of the life, prayer and work of his religious-missionaries, especially the sisters, with rules and regulations.

At the same time, he was known to be a man of real faith, a man of prayer with a burning zeal to bring people to God. He was a man whom few people expected to achieve great things, a product of his times with a multitude of affective devotions in the religious sphere and an outsize sense of duty and of the use of time.

The whole truth is much broader. The very richness of his personality and its visible development defies every attempt to paint a complete picture of the Founder.

Meditating and reflecting on his role, while aware of his shortcomings, however, we can appreciate the ways in which Arnold Janssen cultivated in himself the qualities that shine through his letters in numerous instances.

The Arnoldus Family Story, Vol.5, No.2 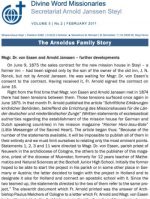 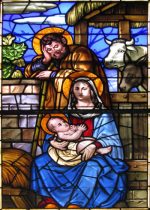 The Arnoldus Family Story, Vol.1, No.7 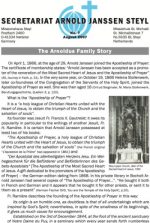