120 Years. Growth and Development of the Mission Congregation of the Servants of the Holy Spirit 1889-2009 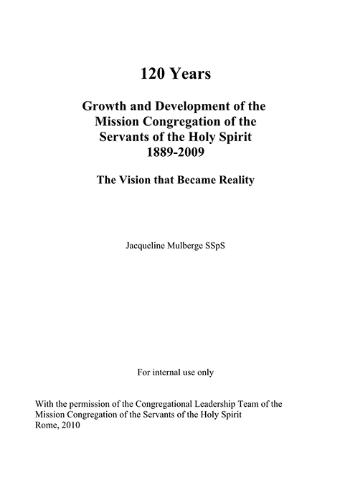 The following text is an attempt to give some idea of the history and development of the Mission Congregation of the Servants of the Holy Spirit from 1889-2009 for members of the Congregation. The intention is to provide a global picture without becoming academic. Consequently, an effort has been made to subordinate the unavoidable dates and statistics to the general picture.

Some of the numerical details in the following may not be 100% correct. Records of admissions, departures, and so on in the early years were handwritten in the chronicles written by individual sisters. Official registers were set up later and the details had to be gleaned from the chronicles. For much of the information about the early years, this study is indebted to Sr. Mechtilde Berger, SSpS.

Beginning with October 1911, the Community Messenger (renamed Official Communications from 1968 on) provided information for the sisters in general and it is from there that a more complete picture of the ensuing years can be obtained.

The simplicity of our beginnings 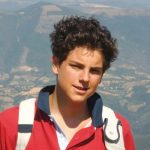 Exhibition of “old Masters” in the Mouther house, Steyl 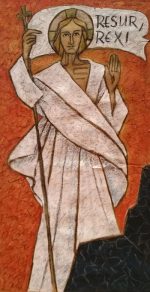 Goal and Orientation of Formation. Growth Into Our Contemplative-Missionary Calling