A Man of God, Joseph Freinademetz 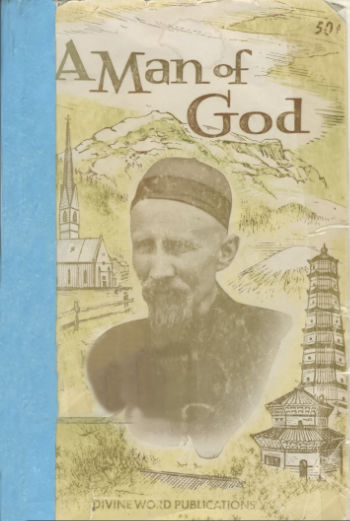 The author of the book “A Man of God”, Fr. Clifford J. King, SVD, worked for many years as a missionary in several areas in Shantung, China, originally evangelized by St. Joseph Freinademetz. He collected many stories about St. Joseph from old priests who had known him personally and worked under his direction, and some laypeople, as well. The bulk of the material was drawn from two biographies of Father Freinademetz, both written in German. In terms of structure, the first group of chapters covers his childhood, religious life, studies in a college and seminary. His ordination and early years of the priesthood are highlighted by memories of people who were helped by Fr. Joseph. The call of the mission brought him to the Society of Divine Word and after years of training and probation, he gave his life to Chinese. Other chapters of the book point to stories of his missionary life in South Shantung and his apostolic journeys, fishing in troubled waters. The major events and significant phases are grouped in the last chapters to bring into relief a pen picture of what he accomplished, driven on by the tremendous force which shaped and directed his thoughts, words, and actions — a love of God, and love of man for the sake of God. 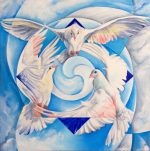 The Blessed Trinity and Community 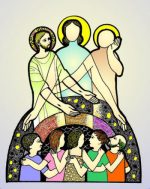 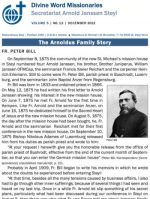 We promise we’ll never spam! Take a look at