Pope Francis is undoubtedly a visionary and a prophet for our time. His global vision of the problems that affect humanity, together with his deep pastoral sense and his love for people, lead him to seek innovative and even daring solutions. Daring because they challenge the current system, denouncing its failures and proposing solutions that go against the interests of the market and capital.

The Global Pact for Education is an initiative of Pope Francis that goes along the same lines and calls on educators around the world to join forces to create a broad educational alliance capable of training people to rebuild society, making it more fraternal. The goal is a deep, comprehensive and long-term cultural transformation through education.

Education, for us Missionary Servants of the Holy Spirit, is an important mission field in many countries and we want to be part of the Global Compact and involve our schools in this transformation process. A concrete step in this direction was the participation of several SSpS sisters and lay educators from our schools in the online seminar on the Global Compact promoted by the UISG – Union of Superiors General, in Rome, with some 400 educators from all over the world. world.

One of the participants was the rector of the Alberto Magno Institute of Puerto Rico, Argentina Misiones, Prof. Colman Lisandro León. For him, the seminar allowed him to enter into the experience of other educational institutions that are innovating in various areas with the aim of improving educational quality, inclusion and networking.

The result of this, according to him, would be “greater human development, care for our planet and the most disadvantaged and also the opportunities for encounters between different cultures, which is the root of Pope Francis’ proposal to achieve a Global Compact. that contributes to a better world. ”

For university professor Sister Herlina Hadia, SSpS, from Flores West, Indonesia, the seminar was a great opportunity to learn from other professors. “I feel challenged to get involved in collaboration, to give what I have to the ministry of education that needs the collaboration of as many people as possible,” she explained.

Sr. Edit del Valle Leiva, SSpS, mission coordinator in three educational institutes of the Province of Argentina Sur, also attended the seminar and highlighted the importance and challenge of integrating the Global Compact in the entire curriculum system, which requires updating everything and the educational staff. For her, the Congregation has been taking steps in this direction for many years by assuming Justice, Peace and the Integrity of Creation as a way of life and also the work of Vivat International.

Enthusiastic about the proposal of the Global Compact, Professor Lisandro underlines the importance of networking, starting with the SSpS schools, and affirms that it is “a concrete and precise answer to the sociocultural problems of our world at this moment in history. “.

“Networking is a response from the Global Compact,” he continues. “We are not alone as Institutions, working and dreaming for a better education. We are many at a global or regional level who have been improving in the process of setting objectives of what we want to achieve as educational centers.”

For him, “sharing” is the way to go. “We have to start taking this step as SSpS educational centers, communicating and working together to see what objectives to achieve. We also have to work with the networks that have been responding effectively to the problems of our world for years, and to the new challenges that arise,” he added. 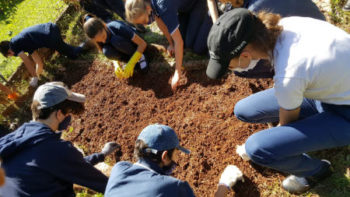 The rector of the Instituto Santo Alberto Magno also stated that “What Pope Francis wants and dreams of is very important for all Catholic educational centers, an education that humanizes and strengthens the culture of the encounter.”

For him, an important point from the seminar is the necessity “to draw a path, a roadmap that leads us to change, where the human person is at the center, looking for learning spaces, with a methodology that promotes ethical values”.

These values must lead “to a joint commitment between the role of the teacher and the student as protagonists of an emergent learning process, where the global competences generated by the interdisciplinarity of the different areas of the curriculum are taken into account”. In addition, he recalled that “technology facilitates the personalization of a ‘maker’ culture, as described by Pope Francis,” the harmony of the three languages: that of the head, that of the heart and that of the hands “, achieving an education cooperative and experiential that generates critical and creative thinking “.

The seven commitments of the Global Compact for Education:

Ana Elidia Caffer Neves, SSpS is a Brazilian journalist and current SSpS Congregational Communications Coordinator in Rome. She was also present during the canonisation ceremony in 2003. 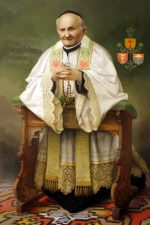 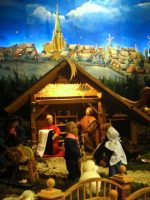