Jesus of Nazareth addresses this parable to the Jews. He tells them that then a priest came. For the Jews the priests are the saviors at that time. But the priest deliberately abandoned the victim. He avoids the commitment despite the fact that he has, by moral responsibility, the responsibility of the commitment to help the tortured person and he does not do it. Every work of mercy in itself entails a commitment. Then comes a Levite who also has a moral responsibility to help him, he doesn’t do it either. Jesus says that a Samaritan is coming. To cover the cost of the room and board for a day at the inn costs 1/12 of a denarius. The Samaritan pays two denarii in advance, which will be for the expenses of 24 days. In other words, it is understood that if he had more, he would have given more. He promises to pay the other expenses, if any. Thus, a debt is contracted as well. He does everything out of mercy and solidarity and not out of any obligation. He does it freely, voluntarily and gratuitously. This is magnanimity.

This parable invites us to make an updated reading to apply the message to the care of Earth, our common home. We could compare the planet Earth with the cry of that victim of the aforementioned parable. The two encyclicals of Pope Francis: Laudato Si (2015) and Fratelli Tutti [FT] (2020) expose today’s social problems: both the cry of the earth and the cry of the poor (LS 49) and especially the cry of the land (LS 117) and social inequality and violence. The situations cause the groan of sister Earth, who joins the groan of the abandoned of the world, who demand another course (LS 53). It is a fact that “doubly poor are the women who suffer situations of exclusion, mistreatment and violence, with fewer possibilities of defending their rights” (FT 23). LS uses the word poor and love 48 times; FT 36 times the term violence and 22 times the word solidarity (56-86) and 85 times the word love and 33 times, charity. In FT, solidarity is a central axis. The crisis on the environment also questions religion. The characters in the parable: the priest and the levite would represent the different classes of society that are not committed to caring for the Earth while the Good Samaritan, all of them who do it. 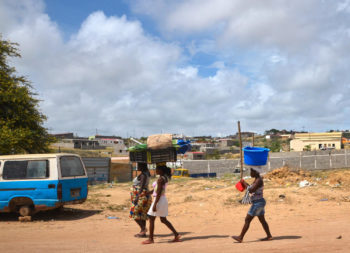 God fills Nature with all its wealth (Gn 1, 29-30). The Earth and the oceans abound with food for all living beings (Gn 9, 3). However, for a mysterious reason, perhaps as a reserve for the future generation, He forbids man to eat the fruit of a tree (Gn 3,3). For our reflection, let’s say He would have put a hundred fruit trees there. God allowed men to eat from 99 of the 100 trees. Extravagant ambition is what leads man to eat the forbidden fruit. If this was indispensable, God would not have prohibited eating the fruit of that tree. It seems that man is discontented with the 99 and longs to have one more, forgetting his relationship with God. This would cause losing the relationship with God and the harmony that existed. Mahatma Gandhi’s aphorism is famous: “The world has enough for everyone’s need, but not for his greed”

Greed leads man to mistreatment of the Earth and others. Man in one way or another is dissatisfied with what he has for his life. We see it in the symptoms, in the air, water, sea, etc. (LS 119). According to Saint Thomas Aquinas, the principle of solidarity is self-awareness of the need and importance of living in society and in unity with other people […]. In this sense, the duty of solidarity is found in the renunciation of selfish individualism […]. Today’s Good Samaritan should seek the common well-being of the human being and Creation, wounded and abandoned. The human being and the Common House of all living beings are the faces of our neighbors in need of our solidarity and our commitment. 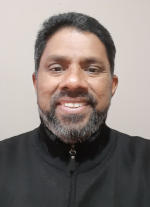 Saju George Aruvelil SVD is from India. He is one of the first OTP who has gone to Argentina. He finished his theological studies for the priesthood also there. He then began his service in the education field in our SVD institutions. He obtained a licentiate in Spirituality from Pontifical University of Comillas, Madrid. He also holds a doctorate in Theology from the Pontifical University of Argentina, Buenos Aires. He also helps in the formation of laity and religious candidates. He gives retreats and leads workshops, seminars, etc. He has a radio program and writes in a local newspaper. At present he is a promoter of Laudato Si Movement for caring for the Earth together with his parish priestly pastoral activities.