1. St. Joseph has a special place in the SVD devotional tradition. Already in the 1876 Rule, St. Joseph is mentioned as the first of our secondary patrons and referred to as «the foster father of Jesus and his servant, protector of the Church and national patron of China.»

In his memoirs, Fr. John Peil, who entered Steyl in 1880, wrote: «Father Janssen’s trust in God and St. Joseph was great, something that he zealously endeavored to instill into his people. This was occasionally imitated somewhat exaggeratedly by students who had little success in certain school subjects, for example, mathematics and history. When examination time came, the worried students could be seen flocking to the picture of St. Joseph, innocently carrying under their arms the book that caused them so much distress, as to why they went to St. Joseph and why they carried the book.» Fr. Peil also recalls that later the picture of St. Joseph was hung in the large refectory of the students to remind him of his duties as breadwinner.

In 1870, five years before the foundation of the SVD, Pius IX proclaimed St. Joseph «Patron of the Catholic Church.» Probably, this event strengthened Arnold Janssen’s devotion to St. Joseph. Several people who knew him remember that he had an intense personal devotion to St. Joseph and had recourse to him in all his needs. Arnold considered St. Joseph to be a helper of the afflicted specially and, often, recommended him to his missionaries as a protector. In a letter to a benefactor, he wrote: «With special thanks to our loving advocate and future provider, the holy patriarch Joseph.» So great was Janssen’s trust in St. Joseph’s protection that he decided to start the construction of the house in St. Gabriel on his feast day.

2. To celebrate the one hundred and fifty years of St. Joseph’s proclamation as Patron of the Catholic Church, Pope Francis wrote an apostolic letter, Patris Corde, «to increase our love for this great saint, to encourage us to implore his intercession and to imitate his virtues and his zeal.» From this apostolic letter we would like to highlight some points and raise some questions that are relevant to our life and mission.

A tender and loving father

Pope Francis writes that «as the Lord had done with Israel, so Joseph did with Jesus: Joseph taught Jesus to walk, taking him by the hand; he was for him like a father who raises an infant to his cheeks, bending down to him and feeding him.»

A French illumination from the 15th century unusually depicts the Nativity scene. Mary rests on the bed, reading a book. Joseph is sitting on the floor holding the infant Jesus in his arms, rocking him. We may never know what message the author of that drawing wanted to convey. Yet, we can see the husband, who does not neglect his family responsibilities and shares household chores. In this tender and loving father who cares for his newborn child, we can sense the maternal side of God.

Our last General Chapter says that when we are united with Christ, his love transforms us and leads us to commit ourselves to the loving service of others in mission (cf. §10). How do we translate this statement into our daily lives? Do we live as persons whom God loves? Are we instruments of God’s love and mercy in our pastoral activities?

«Joseph set aside his ideas to accept the course of events and, mysterious as they seemed, to embrace them, take responsibility for them and make them part of his own history,» writes Pope Francis.

Joseph accepted Mary unconditionally and believed the unbelievable news that she was pregnant by the Holy Spirit’s power because he loved her. In a Christmas story, the Italian writer, Erri de Luca, puts the following words in the mouth of Mary: «No, my dear Joseph, you are not guilty, you did not run away, and now you are here. The angel guided you one night, but then the day came, and he wasn’t there when you went against the whole community of Nazareth, against your family, against the law that condemned me. You are the most righteous of men on earth.»

Our last Chapter invites us to follow the example of Christ who emptied himself, even unto death on the cross, and to deny ourselves to carry out our mission of proclaiming the good news and witnessing to our faith (cf. §10). Following the example of St. Joseph, are we open to accept what we do not understand, trusting in God’s grace? Are we willing to take risks even though we do not control the events?

Pope Francis writes that from Joseph, «Jesus learned the value, the dignity and the joy of what it means to eat bread that is the fruit of one’s own labor.» St. Joseph is the patron saint of carpenters and builders, and the liturgy celebrates him as St. Joseph, the Worker. In the SVD, he has been a patron and an inspiration for the Brothers. They have dedicated their lives tirelessly to a wide range of jobs that improve people’s lives.

Jesus, following the steps of St. Joseph, was a carpenter for most of his adult life. Unfortunately, in some circles, clerics tend to avoid or downplay the importance and dignity of work, mostly manual labor. As Pope Francis writes, «Saint Joseph’s work reminds us that God himself, in becoming man, did not disdain work.» How do we value manual labor? Are we open to participate willingly in the daily chores of our communities? Are we aware of the problems faced by the workers in our parishes and countries? Do we show solidarity with those who are unemployed and the workers who are exploited?

A father in the shadows

Pope Francis argues that a father realizes that he is most a father and educator «when he becomes “useless” when he sees that his child has become independent and can walk the paths of life unaccompanied. When he becomes like Joseph, who always knew that his child was not his own but had merely been entrusted to his care».

In St. Joseph, we find a model for leaders and formators. One of the goals of our formation programs is to help the formandi to grow in human, psychological and spiritual dimensions that they will become mature, committed, and responsible missionaries. For its part, leadership, as a commitment to service, is also expressed in involving others, with their gifts and skills, in the processes of discernment and decision-making.

3. Pope Francis wishes that this Year of St. Joseph will help each of us to «discover in Joseph – the man who goes unnoticed, a daily, discreet and hidden presence – an intercessor, support and a guide in times of trouble. Saint Joseph reminds us that those who appear hidden or in the shadows can play an incomparable role in the history of salvation. A word of recognition and gratitude is due to them all.»

The scriptures do not record any words that Joseph, the carpenter, has spoken. He passes through the scriptures wrapped in silence. However, he was a man with an extraordinary mission: caring for the Son of God. In this pandemic, some people seem invisible, whom nobody notices or recognizes. But they are doing a great job. Among others we can mention the nurses, doctors and other front-liners that take care of the sick; those who do the daily routine of cleaning the streets and the houses; those who keep running the public transport system; those who work in supermarkets and pharmacies, etc.

In this pandemic, we could ask who the invisible ones in our parishes and communities are. And, inspired by St. Joseph, open our eyes and hearts to acknowledge, recognize, and value the beautiful but sometimes unnoticed work done by them.

Father Kleden was born in Indonesia in 1965. He joined the Society of the Divine Word in 1985. He made his first profession of vows in 1987 and perpetual vows in 1992. He was ordained a priest in 1993. He studied theology in San Gabriel, Austria. He was first assigned to Switzerland from 1993 to 1996, then in a formation house in Ledalero, Indonesia. He was member of the Provincial Council in the ENDE (Indonesia) Province from 2005 to 2008. In 2012, he was elected general councillor. He was elected superior general in 2018.

The Bible and the Cross; Prayer and the Poor

For birds there are no borders

The Pearls from our Past 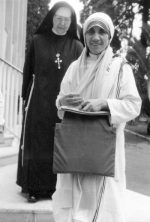 It all began with the Heart of Jesus 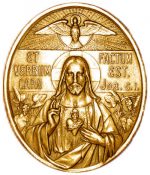 We Travel with Faith, Not by Sight.