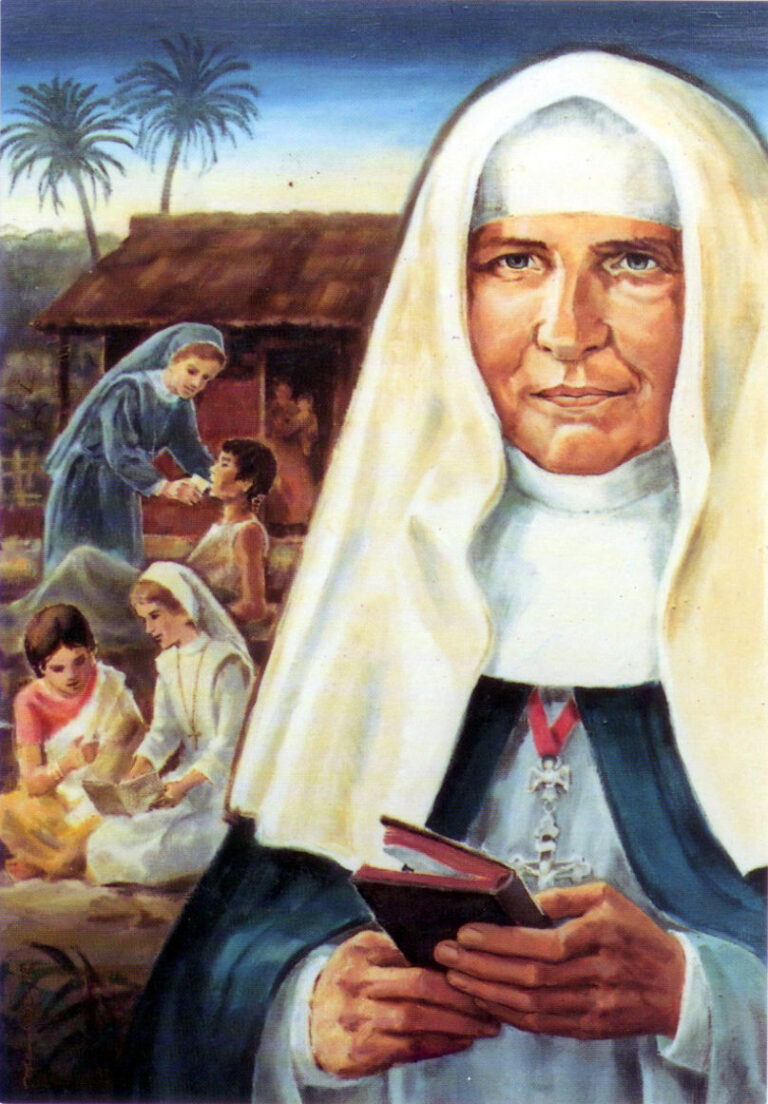 Mother Josepha Hendrina Stenmanns was born on 28 May 1852, in Issum, Germany, the eldest of seven children. Even as a child she was concerned for the poor and suffering whom she visited with her mother. After leaving school, she contributed to the family income through her work as a silk weaver.

At the age of 19, she joined the Franciscan Third Order which nurtured in her a spirit of simplicity and a deep prayer life. Her wish to consecrate herself to God increased as she absorbed the Franciscan spirit, but the German Kulturkampf (which sought to subject the Roman Catholic Church to State controls) made religious life impossible. When her mother was dying, Hendrina promised to care for her siblings. It began to look as though she would have to renounce the idea of religious life.

Some years later she found her way to Steyl, Holland, where German-born Fr Arnold Janssen, due to the Kulturkampf, had gone to establish a centre to train priests for mission work. Fr Janssen accepted Hendrina’s request to be part of the Mission House as a kitchen maid. Her real intention, however, was to support the mission cause by her work in the kitchen. When she arrived in Steyl, she was almost 32 years old. She did not have great plans, but simply wished to do what she recognized as God’s will for her at each moment.

Through her decision to live as a kitchen maid, Hendrina stepped down to the lowest rung of the social ladder. A life of hard work and renunciation began that was to last five years as she waited for the women’s branch of the Mission House to be founded. On 8 December 1889, she and a few other women became postulants. The foundation of the Missionary Sisters Servants of the Holy Spirit had been laid. The novitiate followed and then in March 1894 she professed first vows and was given the name Josepha.

Sr Josepha was responsible for the practical matters in the house. Later on as directress of postulants she showed great understanding of human nature and was able to introduce young women into religious life with wisdom and empathy.

Sr Josepha was known above all for her love of prayer; she progressed ever more into interior quiet and true contemplation in the midst of her manifold tasks. She loved to pray the rosary and short prayers, especially “Come, Holy Spirit” which became her “mantra”, leading her inward to the presence of God in the tabernacle of her heart.

In spite of the burden of work and the demands made by a large, young community, she did not lose herself in pure activity. In the depths of her heart she remained in union with God and maintained her inner peace. For Mother Josepha, religious life meant belonging to God entirely. The final months of Sr Josepha’s life were marked by serious and painful illness. On her deathbed, suffering from asthma, she bequeathed her spiritual testament to the Sisters: Every breath of a Servant of the Holy Spirit ought to be: “Come, Holy Spirit”.

She died on 20 May 1903 and was beatified in Steyl, by Cardinal José Saraiva Martins, C.M.F., Prefect of Congregation for the Causes of Saints, on Sunday, 29 June 2008. 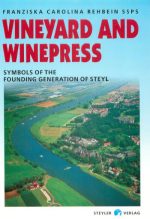 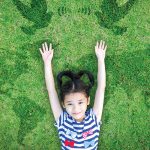 Divine Word Spirituality. An Ascent Through the Human Word. 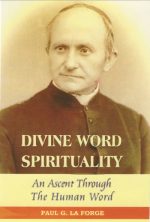 In Their Own Words, n9. Sensitive Leadership. In the Founding Generation SVD and SSpS