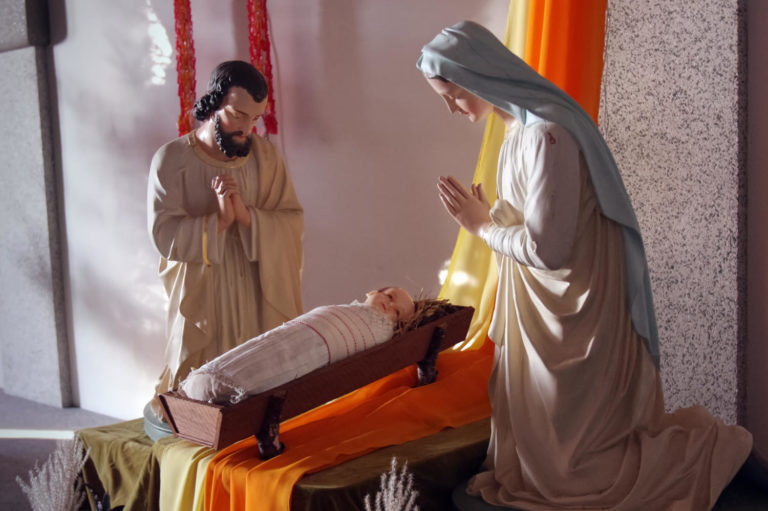 H is a common knowledge that our Founder had a strong personal devotion to St. Joseph and had recourse to him in all his needs. Many also testify that he received very extraordinary help from him. To highlight the issue let us focus on some facts.

1. The heavenly treasurer: In the early days of urgent need in Steyl (early 1875). Arnold Janssen unexpectedly received a donation of 9000 Marks in the month of March which is especially dedicated to St. Joseph. The donation came as a gift of heaven from an unknown benefactor through the Sisters of Poor Clare. Consequently, Fr. Arnold purchased a house with a garden and started a Mission House in Steyl on 8 September. 1875. In his letter of thanks, the Founder mentioned St. Joseph three times as our loving advocate, future provider and Patriarch. Furthermore, he purposely dated the letter on the Feast of St. Joseph although it was written between 25 February and 15 March. For him, St. Joseph was a powerful helper to trust. Whenever Fr. Arnold wanted to build something, he always asked the students to pray fervently to St. Joseph, our heavenly treasurer.

2. Printing press and publishing under St. Joseph’s protection: Many of the Society’s printing presses and publishing houses were put under the particular protection ofSt. Joseph by the Founder, taking into account that in the silence and diligence ofSt. Joseph lies the secret of the efficacious printed word. Our printing houses in Steyl (1876), Górna Grupa (1931), and Sat Prachar-Indore (1947) were dedicated to St. Joseph. When the first issue of Nuntius SVD came out on 25 March 1895, it was dedicated to the special protection of St. Joseph in whose month the Society received so many benefits. In Poland, B1. Stanislaw Kubista, the provincial treasurer and the then chief-editor of the publishing house in Górna Grupa, initiated a special magazine, The Messenger of St. Joseph, as an insert to the Family Treasure in January 1938, in order to thank St. Joseph for answered prayers and support. In 1918 Fr. Blume ordered the directors of the press to offer Mass on Wednesdays in honor of St. Joseph for all times. Since the first year of WWI, the procurator, Fr. Bruno Möchel, put a small statue of St. Joseph with electric candles in front in the empty carbon storage of the printing House. These were always lit when the machines were working. So, he said to St. Joseph, “now you worry about coal, so that the machines can continue running, then you will get a beautiful light in front of your statue”. In 1917 a promise was made in Steyl to erect a statue of St. Joseph at the front of the Printing House. The Founder’s successor, Fr. Blume nurtured a deep devotion to St. Joseph and used to say: St. Joseph sometimes hesitates but finally he helps. When the Nazis confiscated the Printing House in Steyl at the end of World War II, the community started a novena to St. Joseph.

3. St. Joseph: The guarantee of fruitful dedication: When our Founder accepted Brothers into the Society, he saw St. Joseph as the right model and patron for Brothers. He called St. Joseph the patron of carpenters and cabinet makers. Joseph embodied the virtues of the silent and diligent worker, distinguishing himself in prompt obedience, steadfastness and fidelity in the entrusted task. These were the eminent qualities needed for Arnold’s new mission enterprise to thrive. Our Brothers pronounced their first vows under the February Rule on 19 March 1885. Often, our Brother novices were invested and professed their vows on the Feast of St. Joseph. The whole month of March was dedicated to St. Joseph and on Wednesdays our communities recited prayers to St. Joseph as was prescribed.

The history of our Society experienced an extraordinary increase of Brotherhood vocations coupled with their invaluable impact on the dynamic development of the Society. Testimonies reveal that in our mission houses lived saintly Brothers, painstakingly dedicated to the Society and its mission. The Society witnessed a rapid increase of Brothers. Already in 1910 there were 455 priests and 566 Brothers and the peak was in 1935 when the 1,532 Brothers outnumbered the priests (1,325). Undoubtedly, one of the greatest inspirations of the Founder’s life was that of connecting the Brother’s vocation with St. Joseph as model and natural patron. St. Joseph’s inconspicuous figure impacted God’s plan of salvation just as the Brothers did in the development of our Society.

Our Founder saw Joseph in relationship to Mary and Jesus, the Word made Flesh. In the light of St. Matthew’s Gospel, St. Joseph, by receiving three revelations, namely:

4. St. Joseph: Patron of the Society: St. Joseph has always occupied a special place in the Society. He is present as the first Statue of the Mission House of 1876 and considered among the “minor patrons”. He is prayed to as St. Joseph, the Father of Jesus and his servants, as Patron of the Holy Church and Patron of China. Fr. Arnold Janssen, out of gratitude for the possibility of extending Steyl, published a St. Joseph’s booklet in 1884. Its 12t edition in 1908 reached 14,000 copies. Fr. Janssen also composed a special prayer to St. Joseph, included as part of the March Devotion in the Vademecum of 1887 (also in 1912 and the successive publications). In the February Rule of 1885, No. 5, it is stated that St. Joseph is the main patron of the Society along with the Sacred Heart of Jesus and Mary. In the Rule of 1891, the Brothers were especially asked to invoke St. Joseph. St. Joseph is also named as the Protector in preserving chastity and patron of a good death. After the Founder‘s death, the 4th Extraordinary General Chapter (1910) resolved to celebrate St. Joseph’s feast with a free day from work. Among the 13 patron saints to be honored in the Society, St. Joseph, with St. Anne and Joachim, are singled out due to their particular relation to the Incarnate Divine Word and to the Virgin Mary.

In Their Own Words n6: Early Years. The Mission Congregation of the Servants of the Holy Spirit 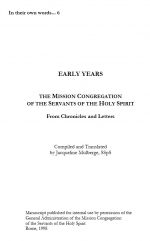 Journey in Faith – The Missionary Life of Arnold Janssen 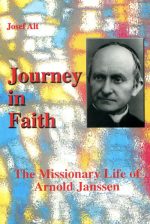 In Their Own Words, n10. The Good Spirit. Leadership in the Founding Generation 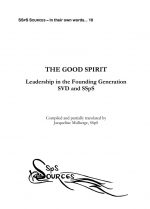 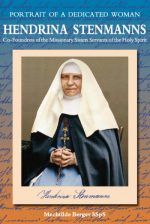