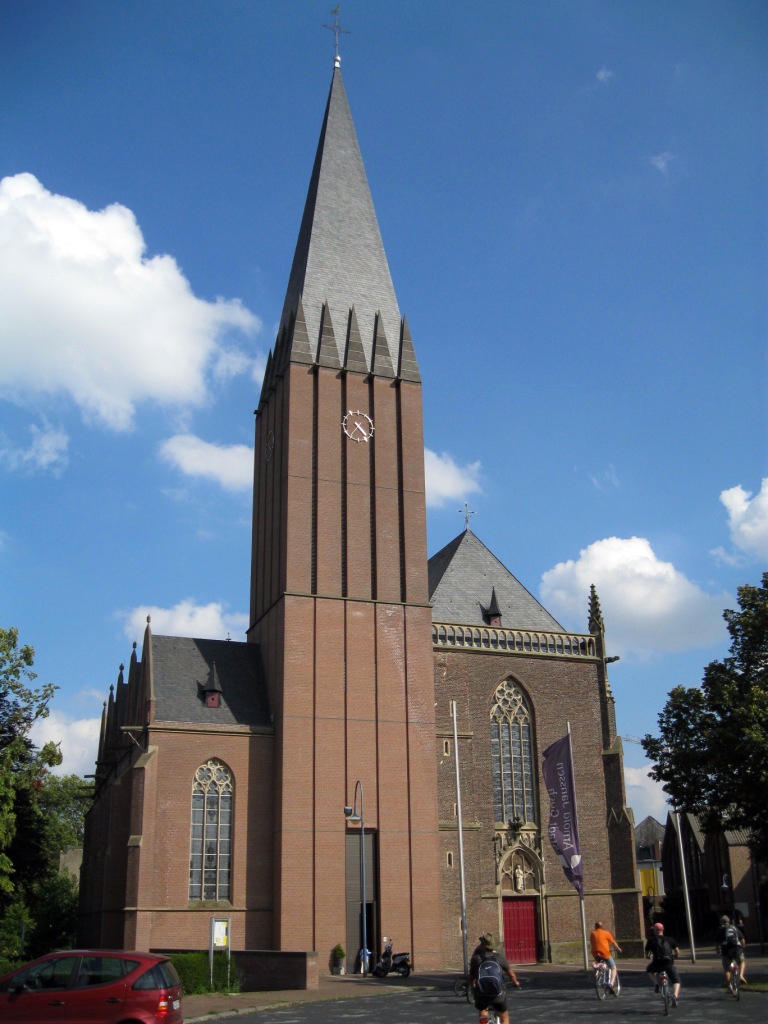 PrevWhy should we remember our deceased confreres?
Co-Responsibility with SVD Lay PartnersNext

And so, the faith which we receive as a gift at baptism contains the seed of the missionary vocation. All the baptized have a missionary calling. All Christians are called to be missionaries. Different members of the Church live out this missionary vocation in different ways. For one, it may entail going out to far-away lands to share the good news of Jesus with other peoples. For another, it may mean staying at home and supporting the mission of the Church with prayer, sacrifices and material offerings. For Arnold Janssen, it took a particular route – first, arousing missionary interest among the Catholics in Germany through the apostleship of prayer, then founding three religious-missionary congregations, and finally actually sending out missionaries all over the world.

In a certain sense, Arnold Janssen’s life and work was a unique and eloquent way of living out the missionary vocation. That is why he is now St. Arnold – officially declared by the Church as a model and inspiration for all Christians. We do not have to imitate exactly the way he lived out the missionary vocation. But he is a reminder to all of us that at baptism we all receive a calling to be missionaries. That to be a Christian is to be a missionary. To believe is to share our faith with others. To be a recipient of the good news is to proclaim to others the gospel of Jesus Christ.

Arnold Janssen’s life and work show us that what was implanted at baptism was brought to fruition. And this is his message for us today – not that we imitate his life and work, but that we follow the trajectory of his life. That is, to live our lives in such a way that the seed of missionary vocation implanted at baptism may be brought to fulfillment also in our case – each one according to his condition in life, each one according to his calling in life. Arnold Janssen reminds us that we are to go and meet the Lord with lamps in our hands and oil in our lamps.

Dear Brothers and Sisters, it is with great emotion that I join you in this beautiful celebration today. I know fully well that if I stand before you today, it is because of Arnold Janssen. Not only because eleven years ago, I happened to have been chosen to be his successor as superior general of the religious-missionary congregation which he founded. This, in itself, is already a cause of great emotion. But over and above that, I believe I can say that my own faith and vocation are the fruit of the faith and missionary vocation of Arnold Janssen. I come from a small island in the Philippines where SVD missionaries and SSpS Sisters have a school each. I attended the school of the sisters but also came under the influence of the SVD missionaries, who were naturally the chaplains at the sisters’ school. It was therefore with the missionaries of Arnold Janssen that I had my formation in the faith, and it was with them that my religious-missionary vocation developed.

The Arnoldus Family Story, Vol.4, No.6 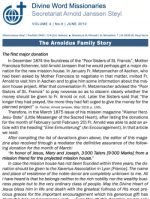 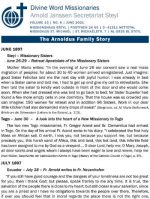 Sisters Servants of the Holy Spirit of Perpetual Adoration: The Vows “Live Quietly with God” 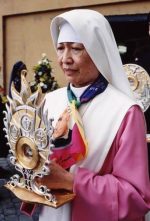 In the Footsteps of Arnold Janssen in Rome: Arnoldus Family Pilgrim’s Guide 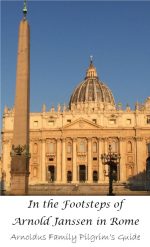