Because of this, the Bible recounts stories about the resurrection rather than demonstrates its reality. These stories are clustered in two groups. One narrates the appearances of the risen Lord to various persons or groups of persons. The other speaks about the empty tomb. While, according to theologians, the appearances form the primary basis for our faith in the resurrection, the empty tomb is a necessary complement. For the witness of those who had seen the risen Lord would not have been sustainable if the tomb were not empty and the bones of Jesus remained in it.

There were two reactions to the empty tomb that early morning of the first day of the week. For Mary of Magdala, it indicated that some persons had come to steal or take away the body of Jesus. “They have taken the Lord from the tomb, and we don’t know where they put him,” she said. And a little later, when the two angels asked her why she was weeping, she responded: “Because they have taken my Lord, and I don’t know where they laid him.” And to the one she thought to be the gardener, she said: “Sir, if you carried him away, tell me where you laid him, and I will take him.” Thus, for Mary of Magdala, the empty tomb did not immediately signify the resurrection.

First, the invitation to come to the tomb, like Peter and the other disciple, and to enter and see and believe. To believe that, as the World Social Forum puts it, another world is possible – not the world of Good Friday but that of Easter Sunday, not the world of violence and terrorism but that of dialogue and peace, not the world of injustice and death but that of human solidarity and new life. Perhaps the signs of a new world are too few and far between. And therefore it is difficult to believe that things can be different. There are only “the burial cloths and the cloth that had covered his head, not with the burial cloths but rolled up in a separate place.” But they are enough to make us believe. Enough to believe that Easter Sunday transforms a terrible Friday into a Good Friday, that the cross is not the end, that a new world is coming to birth. And the persons who believe become themselves signs of this newness, just as Peter and the other disciple became witnesses of the resurrection. Thus, the empty tomb invites us to believe so that we can become ourselves signs of a new world.

Secondly, the invitation to tarry a little longer, like Mary of Magdala, by the tomb. The invitation not to rush back home, but to remain and waste some time by the tomb, and thus to be called by name by the risen Lord and encounter him living and alive. Perhaps we lack Mary’s ardent love for the Lord, or her fervent yearning to see him. The invitation is precisely to develop in us this great love, this profound longing for the Lord, in such a way that we learn to see the risen Lord in every gardener, every person, every man and woman we encounter on our way. For part of the meaning of the resurrection is precisely this – that Jesus now lives in each one of us, since he has given to each one of us his Spirit. In the Gospel of Luke, the angels ask Mary and the other women: “Why do you seek the living one among the dead? He is not here, but he has been raised”. He is among the living and lives in each one of them. Thus, the empty tomb invites us to love like Mary of Magdala and to learn to see the risen Lord in every person, in each one of our brothers and sisters. Only then can a new world begin.

What is it that prevents us from believing like Peter and the other disciple and from loving like Mary of Magdala?

In another account of the empty tomb, the women who came the morning after the Sabbath to anoint the body of Jesus worried and asked each other: “Who will roll back the stone for us from the entrance to the tomb?” Many, indeed, are the stones which weigh heavily on our world today. Stones which block our relationship with Christ, stones which impede our following of Jesus, stones which are like walls that separate us from the risen Lord.

What are the stones which weigh on us as individual persons? An undesirable character trait? A questionable relationship? An addiction or substance dependence? The difficulty to accept oneself? The refusal to forgive someone? Laziness and complacency? Resistance to prayer? The temptation to seek a comfortable life? Accommodation with the surrounding secular and consumerist culture? Mediocrity in our vocation and mission? Often these are stones which we find difficult to roll back from our lives, stones which we do not find the strength to roll away.

And the stones which weigh on our world? The global economic crisis, war, ethnic conflicts, terrorism, racial and gender discrimination, the AIDS and Covid problem, hunger, injustice, human trafficking, migrant workers and refugees, global warming? Also these are stones which are difficult to roll back. Often we feel powerless and helpless before these stones. And sometimes the temptation is to use violent means to roll them back.

The resurrection of Jesus gives us the strength to roll away these stones from our lives and our world. Indeed, the risen Lord is the only real force that can roll back these stones. If only we would believe like Peter and the other disciple and love like Mary of Magdala. Perhaps, then, we would see the stone already rolled back from the entrance to the tomb. 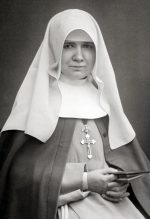